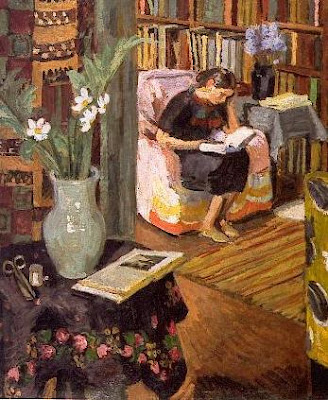 Chapter Twenty
Ivor was gone. Lounging behind the windscreen in his yellow sedan he was whirling a cross rural England. Social and amorous engagements of the most urgent character called him from hall, to baronial hall, from castle to castle, from Elizabethan manorhouse to Georgian mansion, over the whole expanse of the kingdom. Today in Somerset, tomorrow in Warwickshire, on Saturday in the West Riding, by Tuesday morning in Argyll – Ivor never rested. The whole summer through, from the beginning of July till the end of September, he devoted himself to his engagements; he was a martyr to them. In the autumn he went back to London for a holiday. Crome had been a little incident, an evanescent bubble on the stream of his life; it belonged already to the past. By tea-time he would be at Gobley, and there would be Zenobia's welcoming smile. And on Thursday morning – but that was a long, long way ahead. He would think of Thursday morning when Thursday morning arrived. Meanwhile there was Gobley, meanwhile Zenobia.
In the visitors' book at Crome Ivor had left, according to his invariable custom in these cases, a poem. He had improvised it magisterially in the ten minutes preceding his departure. Denis and Mr Scogan strolled back together from the gates of the courtyard, whence they had bidden their last farewells; on the writing-table in the hall they found the visitors' book, open, and Ivor's composition scarcely dry. Mr Scogan read it aloud:
'The magic of those immemorial kings,
Who webbed enchantment on the bowls of night,
Sleeps in the soul of all created things;
In the blue sea, th' Acroceraunian height,
In the eyed butterfly's auricular wings
And orgied visions of the anchorite;
In all that singing flies and flying sings,
In rain, in pain, in delicate delight.
But much more magic, much more cogent spells
Weave here their wizardries about my soul.
Crome calls me like the voice of vesperal bells,
Haunts like a ghostly-peopled necropole.
Fate tears me hence. Hard fate! since far from Crome
My soul must weep, remembering its Home.'
'Very nice and tasteful and tactful,' said Mr Scogan, when had finished. 'I am only troubled by the butterfly's auricular wings. You have a first-hand knowledge of the workings of a poet's mind, Denis; perhaps you can explain.'
'What could be simpler,' said Denis. 'It's a beautiful word and Ivor wanted to say that the wings were golden.'
'You make it luminously clear.'
'One suffers so much,' Denis went on, 'from the fact beautiful words don't always mean what they ought to mean. Recently, for example, I had a whole poem ruined, just because the word "carminative" didn't mean what it ought to have meant. Carminative – it's admirable, isn't it?' Admirable,' Mr Scogan agreed. ' And what does it mean?'
'It's a word I've treasured from my earliest infancy,' said Denis, 'treasured and loved. They used to give me cinnamon when I had a cold – quite useless, but not disagreeable. One poured it drop by drop out of narrow bottles, a golden liquor, fierce and fiery. On the label was a list of its virtues, and among other things it was described as being in the highest degree carminative. I adored the word. "Isn't it carminative?" I used, to say to myself when I'd taken my dose. It seemed so wonderfully to describe that sensation of internal warmth, that glow, that – what shaIl I caIl it? – physical self-satisfaction which foIlowed the drinking of cinnamon. Later, when I discovered alcohol, "carminative" described for me that similar, but nobler, more spiritual glow which wine evokes not only in the body but in the soul as weIl. The carminative virtues of burgundy, of rom, of old brandy, of Lacrima Christi, of Marsala, of Aleatico, of stout, of gin, of champagne, of claret, of the raw new wine of this years Tuscan vintage – I compared them, I classified them. Marsala is rosily, downily carminative; gin pricks and refreshes while it warms. I had a whole table of carmination values. And now' – Denis spread out his hands, palm upwards, despairingly - 'now I know what carminative really means.'
'WeIl, what does it mean?' asked Mr Scogan, a little impatiently.
‘Carminative,' said Denis, lingeringly lovingly over the syllables, carminative. I imagined vaguely that it had something do with carmen-carminis, still more vaguely with caro-carnis, its derivatives, like carnival and carnation. Carminative – there was the idea of singing and the idea of flesh, rose-coloured d warm, with a suggestion of the jollities of mi-Carême and the masked holidays of Venice. Carminative – the warmth, the glow, the interior ripeness were all in the word. Instead of which…
'Do come to the point, my dear Denis,' protested Mr Scogan. 'Do come to the point.'
'WeIl, I wrote a poem the other day,' said Denis; 'I wrote a poem about the effects of love.'
'Others have done the same before you,' said Mr Scogan. 'There is no need to be ashamed.'
'I was putting forward the notion,' Denis went on, 'that the effects of love were often similar to the effects of wine, that Eros could intoxicate as weIl as Bacchus. Love, for example, is essentially carminative. It gives one the sense of warmth, the glow.

was what I wrote. Not only was the line elegantly sonorous; it was also, I flattered myself, very aptly and compendiously , expressive. Everything was in the word carminative – a detailed, exact foreground, an immense, indefinite hinterland of suggestion.

I was not ill-pleased. And then suddenly it occurred to me that I had never actually looked up the word in a dictionary. Carminadve had grown up with me from the days of the cinnamon bottIe. It had always been taken for granted. Carminative: for me the word was as rich in content as some tremendous, elaborate work of art; it was a complete landscape with figures.

It was the first time I had ever committed the word to writing, and all at once I felt I would like lexicographical authority for it. A small English-German dictionary was all I had at hand. I turned up C, ca, car, carm. There it was: " Carminative: windtreibend." Windtreibend !' he repeated. Mr Scogan laughed. Denis shook his head. ' Ah,' he said, for me it was no laughing matter. For me it marked the end of a chapter, the death of something young and precious. There were the years – years childhood and innocence – when I had believed that carminative meant – weIl, carminative. And now, before me lies the rest of my life – a day, perhaps, ten years, half a century, when I shall know that carminative means windtreibend.

It is a realization that makes one rather melancholy.
' Carminative,' said Mr Scogan thoughtfully.
Carminative,' Denis repeated, and they were silent for a time. ' Words,' said Denis at last, words – I wonder if you can realize how much I love them. You are too much preoccupied with mere things and ideas and people to understand the beauty of words. Your mind is not a literary mind. The spectacle of Mr Gladstone finding thirty-four rhymes to the name "Margot" seems to you rather pathetic than anything else, Mallarme's envelopes with their versified addresses leave you cold, unIess they leave you pitiful; you can't see that

is a little miracle.'
'You're right,' said Mr Scogan. 'l can't.'
'You don't feel it to be magical?'
'No.'
'That's the test for the literary mind,' said Denis; 'the feeling of magic, the sense that words have power. The technical, verbal part of literature is simply a development of magic. Words are man's first and most grandiose invention. With language, he created a whole new universe; what wonder if he loved words and attributed power to them! With fitted, harmonious words the magicians summoned rabbits out of empty hats and spirits from the elements. Their descendants, the literary men, still go on with the process, morticing their verbal formulas together and, before the power of the finished spell, trembling with delight and awe. Rabbits out of empty hats? 'No, their spelIs are more subtly powerful, for they evoke emotions out of empty minds. Formulated by their art, the most insipid statements become enormously significant. For example, I proffer the constatation, " Black ladders lack bladders." A self-evident truth, one on which it would not have been worth while to insist, had I chosen to formulate it in such words as "Black fire-escapes have no bladders", or, " Les échelles noires "manquent de vessie". But since I put it as I do, "Black ladders lack bladders ", it becomes, for all its self-evidence, significant, unforgettable, moving. The creation by word-power of something out of nothing – what is that but magic? And, I may add, what is that but literature? Half the world's greatest poetry is simply " Les échelles noires manquent de vessie", transIated into imagic significance as, "Black ladders lack bladders". And you can't appreciate words. I'm sorry for you.'
'A mental carminative,' said Mr Scogan reflectively. 'That's what you need.'