I haven’t told you anything about my weekly rendezvous with Herr Gutenberg in many moons.
Sometimes because there haven’t been much to write about — and other Saturdays it has been too much. Can there ever be too many books? No, but sometimes it can be too much for my tired Winnie-the-Pooh-brain to fathom. Maybe, some day I’ll be able to use all my notes and half-finished posts that are stored in a file called “T-blog”.
What is that which has been to-morrow,
and will be yesterday?
To-day. 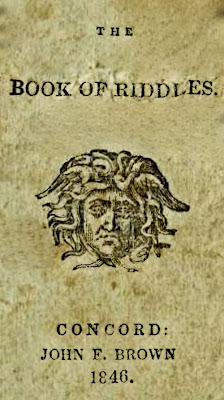 I’m not so sure that kids today would understand the riddles I found today — not all of them anyway. Partly because of the old-fashioned language, but also because some of the objects the riddles refer to, are not in use any longer, except for in museums. (I expect Jodi to be able to answer all the riddles, as most, if not all of them, are used in the museum where she works). 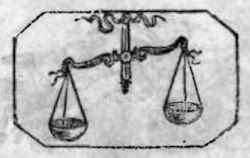 Two twins we are, and, let it not surprise,
Alike in every feature, shape, and size:
We're square, or round, of brass or iron made,
Sometimes of wood, yet useful found in trade;
But, to conclude, for all our daily pains,
We by the neck are often hung in chains.
A Pair of Scales 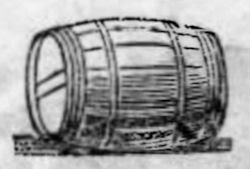 My habitation's in a wood,
And I'm at any one's command;
I often do more hurt than good,
If I once get the upper hand:
I never fear the champion's frown,
Stout things I oftentimes have done;
Brave soldiers I have oft laid down,
I never fear their sword and gun.
A Barrel of Beer.

My nose is long, my back is broad and round,
And in cold weather of great use I'm found;
No load I carry, yet I puff and blow,
As much as heavy loaded porters do.
A Pair of Bellows. 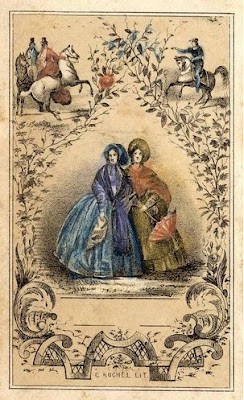 In “The Ladies' Vase or Polite Manual for Young Ladies” from 1849 by An American Lady, we can learn how to conduct properly.
You can learn everything from how to dress and write letters to sisterly virtues. And there is a chapter about the danger of novel-reading.
NOVEL-READING.
Novel-reading produces a morbid appetite for excitement. The object of the novelist, generally, is to produce the highest possible degree of excitement, both of the mind and the passions. The object is very similar to that of intoxicating liquors on the body: hence, the confirmed novel-reader becomes a kind of literary inebriate, to whom the things of entity have no attractions, and whose thirst cannot be slaked, even with the water of life. And as intoxication enfeebles the body, and engenders indolent habits, so this unnatural stimulus enfeebles the intellectual powers, induces mental indolence, and unfits the mind for vigorous efforts. Nothing less stimulating than its accustomed aliment can rouse such a mind to action, or call forth its energies; and then, being under the influence of mental intoxication, which dethrones reason and destroys the power of self-control, they are always misdirected.
It also promotes a sickly sensibility. Dr. Brigham, speaking of the too powerful excitement of the female mind, says: "In them the nervous system naturally predominates. They are endowed with quicker sensibility and far more active imagination than men. Their emotions are more intense, and their senses alive to more delicate impressions. They therefore require great attention, lest this exquisite sensibility—which, when properly and naturally developed, constitutes the greatest excellence of woman—should either become excessive by too strong excitement, or suppressed by misdirected education." Novel-reading produces just the kind of excitement calculated to develop this excessive and diseased sensibility; and the effect is, to fill the mind with imaginary fears, and produce excessive alarm and agitation at the prospect of danger, the sight of distress, or the presence of unpleasant objects; while no place is found for the exercise of genuine sympathy for real objects of compassion. That sensibility which weeps over imaginary woes of imaginary beings, calls forth but imaginary sympathy. It is too refined to be excited by the vulgar objects of compassion presented in real life, or too excitable to be of any avail in the relief of real distress. It may faint at the sight of blood, but it will shrink back from binding up the wound. If you wish to become weak-headed, nervous, and good for nothing, read novels. I have seen an account of a young lady, who had become so nervous and excitable, in consequence of reading novels, that her head would be turned by the least appearance of danger, real or imaginary. As she was riding in a carriage over a bridge, in company with her mother and sister, she became frightened at some fancied danger, caught hold of the reins, and backed the carriage off the bridge, down a precipice, dashing them to pieces.
This excessive sensibility renders its possessor exquisitely alive to all those influences which are unfriendly to human happiness, while it diminishes the power of endurance. Extreme sensibility, especially in a female, is a great misfortune, rendering the ills of life insupportable. Great care should therefore be taken that, while genuine sensibility is cherished, its extremes should be avoided, and the mind fortified by strengthening the higher powers.
Novel-reading strengthens the passions, weakens the virtues, and diminishes the power of self-control. Multitudes may date their ruin from the commencement of this kind of reading; and many more, who have been rescued from the snare, will regret, to the end of their days, its influence in the early formation of their character.
It is, too, a great waste of time. Few will pretend that they read novels with any higher end in view than mere amusement; while, by the strong excitement they produce, they impose a heavier tax on both mind and body than any other species of mental effort. If any thing valuable is to be derived from them, it can be obtained with far less expense of time, and with safety to the morals, from other sources. No Christian, who feels the obligation of "redeeming the time, because the days are evil," will fail to feel the force of this remark. We have no more right to squander our time and waste our energies in frivolous pursuits, than we have to waste our money in extravagant expenditures. We are as much the stewards of God in respect to the one as the other.
Upplagd av em kl. 21:10 4 kommentarer: 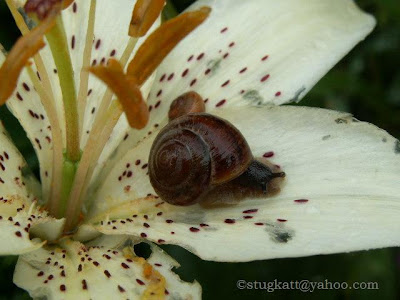 Remember that life is not a competition, it is a journey.
Upplagd av em kl. 09:13 Inga kommentarer: