On the eleventh day of Christmas

I recommend "King Winter", by Anonymous 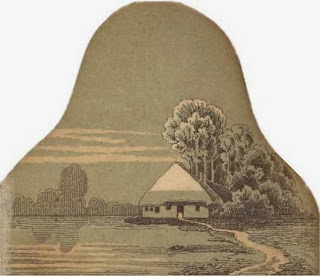 The sky is dull and grey,
Piercing and chill the blast,
Each step resounds on the frosty ground,
Winter is come at last.
Mamma sits by the fire
Her little ones round her knees.
"How cosy we are, Mamma," they cry,
"Tell us something, if you please." 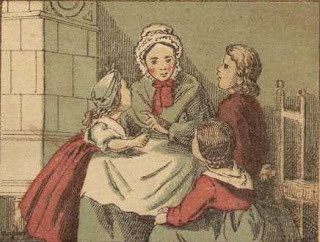 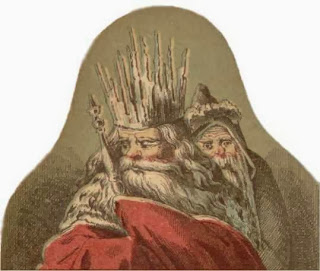 "Tell us about King Winter,
And about Jack Frost, his man;
We'll not be noisy or naughty at all,
But as good as ever we can."
"Well then;" says mamma, "you, Jenny,
May knit and listen, my dear;
And Johnny may split up wood, to make
The fire burn bright and clear." 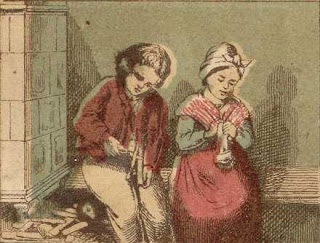 On the tenth day of Christmas

I recommend "Christmas Comes but Once A Year  Showing What Mr. Brown Did, Thought, and Intended to Do, during that Festive Season.  Author: Luke Limner  Illustrator: (Bros.) Dalziel 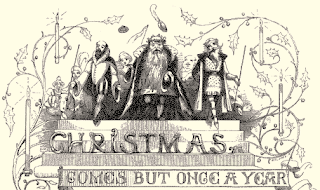 VERY cold, very bleak; the thermometer and snow are falling fast; eggs and suet are rising faster; everything at this season is “prized,” and everybody apprizes everybody else of the good they wish them,—“A Merry Christmas and a Happy New Year!” Even the shivering caroller, for “it is a poor heart that never rejoices,” is yelling forth the “tidings of comfort and joy.” The snow that descends, making park and common alike—topping palace and pigsty, now crowns the semi-detached villas, Victoria and Albert. They were erected from the 2designs of John Brown, Esq. and his architect (or builder), and are considered a fine specimen of compo-cockney-gothic, in which the constructor has made the most of his materials; for, to save digging, he sank the foundation in an evacuated pond, and, as an antidote to damp, used wood with the dry-rot—the little remaining moisture being pumped out daily by the domestics. The floors are3delightfully springy, having cracks to precipitate the dirt, and are sloped towards the doorways, so that the furniture is perpetually trying to walk out of the rooms; but those apertures are ingeniously planned to prevent the evil—the doors obstinately refusing to open at all, without force. That the whole may not appear too light, few windows are introduced. By casual observers the Victoria and Albert would be taken for one—so united are they; and had we not seen the parting division, we should have doubted also. Of the entrance lodges, we have noticed one of the chimneys smoking periodically; and, from the mollient white vapour issuing over the window at such times, presume Victoria is washing, whilst Albert is locked up and doing nothing. 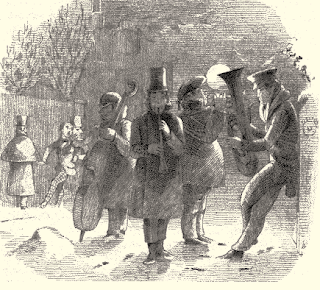 On the ninth day of Christmas

I recommend "Christmas Eve at Swamp's End, by Norman Duncan

On the eighth day of Christmas 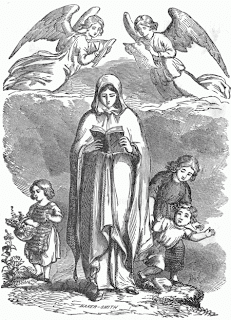 The Angel over the Right Shoulder