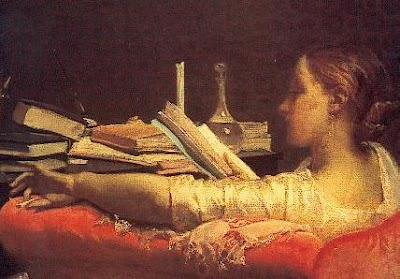 Winter was no more typical of our valley than summer, it was not even summer’s opposite; it was merely that other place. And somehow one never remembered the journey towards it; one arrived, and winter was here. The day came suddenly when all details were different and the village had to be rediscovered. One's nose went dead so that it hurt to breathe, and there were jigsaws of frost on the window. The light filled the house with a green polar glow; while outside – in the invisible world – there was a strange hard silence, or a metallic creaking, a faint throbbing of twigs and wires.
The kitchen that morning would be full of steam, bbillowing from kettles and pots. The outside pump was frozen again, making a sound like broken crockery, so that the girls tore icicles from the eaves for water and we drank oiled ice in our tea.
'It's wicked,' said Mother. 'The poor, poor birds.' And she flapped her arms with vigour.
She and the girls were wrapped in all they had, coats and scarves and mittens; some had the shivers and some drops on their noses, while poor little Phyllis sat rocking in a chair holding her chilblains like a handful of bees.
There was an iron-shod clatter down the garden path and the milkman pushed open the door. The milk in his pail was frozen solid. He had to break off lumps with a hammer.
'It's murder out,' the milkman said. 'Crows worryin' the sheep. Swans froze in the lake. An' tits droppin' dead in mid air.' He drank his tea while his eyebrows melted, slapped Dorothy's bottom, and left.
From "Cider with Rosie" by Laurie Lee, 1914-1997
Upplagd av em kl. 08:00