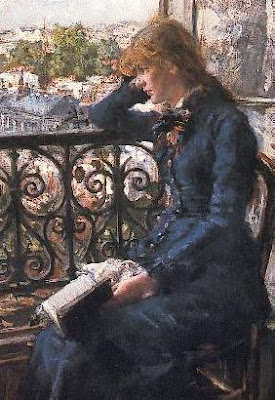 One Christmas was so much like another, in those years around the sea-town corner now and out of all sound except the distant speaking of the voices I sometimes hear a moment before sleep, that I can never remernber whether it snowed for six days and six nights when I was twelve or whether it snowed for twelve days and twelve nights when I was six.
All the Christmases roll down toward the two-tongued sea, like a cold and headlong moon bundling down the sky that was our street; and they stop at the rim of the ice-edged, fish-freezing waves, and I plunge my hands in the snow and bring out whatever I can find. In goes my hand into that wool-white bell-tongued ball of holidays resting at the rim of the carol-singing sea, and out come Mrs Prothero and the firemen.
It was on the afternoon of the day of Christmas Eve, and I was in Mrs Prothero's garden, waiting for cats, with her son Jim. It was snowing. It was always snowing at Christmas. December, in my memory, is white as Lapland, though there were no reindeers. But there were cats. Patient, cold and callous, our hands wrapped in socks, we waited to snowball the cats. Sleek and long as jaguars and horrible-whiskered, spitting and snarling, they would slink and sidle over the white back-garden walls, and the lynx-eyed hunters, Jim and I, fur-capped and moccasined trappers from Hudson Bay, off Mumbles Road, would hurl our deadly snowballs at the green of their eyes.
The wise cats never appeared. We were so still, Eskimofooted arctic marksmen in the muffling silence of the eternal snows – eternal, ever since Wednesday – that we never heard Mrs Prothero's first cry from her igloo at the bottom of the garden. Or, if we heard it at all, it was, to us, like the far-off challenge of our enemy and prey, the neighbour's polar cat. But soon the voice grew louder. 'Fire!' cried Mrs Prothero, and she beat the dinner-gong.
And we ran down the garden, with the snowballs in our arms, toward the house; and smoke, indeed, was pouring out of the dining-room, and the gong was bombilating, and Mrs Prothero was announcing ruin like a town crier in Pompeii. This was better than all the cats in Wales standing on the wall in a row. We bounded into the house, laden with snowballs, and stopped at the open door of the smoke-filled room. Something was burning all right; perhaps it was Mr Prothero, who always slept there after midday dinner with a newspaper over his face. But he was standing in the middle of the room, saying, 'A fine Christmas!' and smacking at the smoke with a slipper. 'Call the fire brigade,' cried Mrs Prothero as she beat the gang.
'They wan't be there,' said Mr Prothero, 'it's Christmas.'
There was no fire to be seen, only clouds of smoke and Mr Prothero standing in the middle of them, waving his slipper as though he were conducting.
'Do something,' he said.
And we threw all our snowballs into the smoke - I think we missed Mr Prothero and ran out of the house to the telephone box.
' Let' s call the police as well,' Jim said.
'And the ambulance.'
'And Ernie Jenkins, he likes fires.'
But we only called the fire brigade, and soon the fire engine came and three tall men in helmets brought a hose into the house and Mr Prothero got out just in time before they turned it on. Nobody could have had a noisier Christmas Eve. And when the firemen turned off the hose and were standing in the wet, smoky room, Jim's aunt, Miss Prothero, came downstairs and peered in at them. Jim and I waited, very quietly, to hear what she would say to them. She said the right thing, always. She looked at the three tall firemen in their shining helmets, standing among the smoke and cinders and dissolving snowballs, and she said: 'Would you like anything to read?'

From "A Child’s Christmas in Wales" by Dylan Thomas.