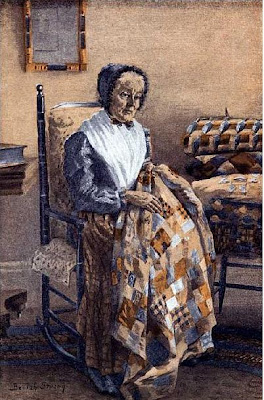 A perfect Saturday morning. The yellow leaves are dancing in the wind and the rain rattle on the roof while I'm enjoying the morning by the fire listening to one of my favorite radio programs and checking out Gutenberg's new books. 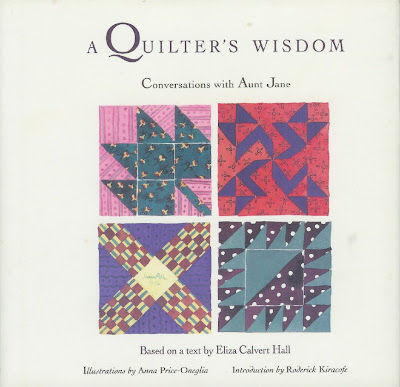 I bought this charming little book in 1994 and ever since I've been looking for the book it is based on — without success. Until today when I find it at Gutenberg. It puts a gold lining on this already perfect morning.

The old illustrations by Beulah Strong are as far as you can come from Anna Price-Oneglia's watercolor illustrations in my book. I like both, as they are characteristic of the period they were done. 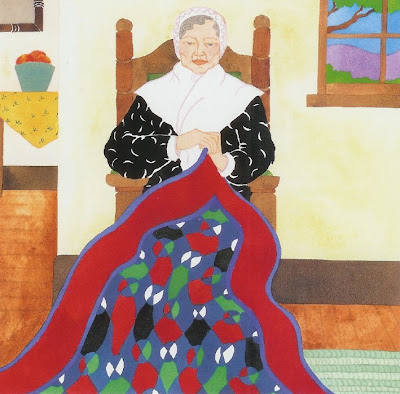 But that's not all; I've also had a look at "More Trivia" by L. P. Smith (yes, there is another book called "Trivia"). I liked his foreword that he calls A Greeting and kept reading. It's the kind of book you can open — or rather scroll down — and read any page as the whole book contains of very short paragraphs.
A GREETING
'What funny clothes you wear, dear Readers! And your hats! The thought of your hats does make me laugh. And I think your sex-theories quite horrid.'
Thus across the void of Time I send, with a wave of my hand, a greeting to that quaint, remote, outlandish, unborn people whom we call Posterity, and whom I, like other very great writers, claim as my readers—urging them to hurry up and get born, that they may have the pleasure of reading 'More Trivia.'
SMILES
When people smile to themselves in the street, when I see the face of an ugly man or uninteresting woman light up (faces, it would seem, not exactly made for happy smiling), I wonder from what visions within those smiles are reflected; from what footlights, what gay and incredible scenes they gleam of glory and triumph.

INSOMNIA
Sometimes, when I am cross and cannot sleep, I begin an angry contest with the opinions I object to. Into the room they flop, those bat-like monsters of Wrong-Belief and Darkness; and though they glare at me with the daylight faces of bullying opponents, and their voices are the voices that often shout me down in argument, yet, in these nocturnal controversies, it is always my assertions that admit no answer.

I do not spare them; it is now their turn to be lashed to fury, and made to eat their words.

JOY
Sometimes at breakfast, sometimes in a train or empty bus, or on the moving stairs at Charing Cross, I am happy; the earth turns to gold, and life becomes a magical adventure. Only yesterday, travelling alone to Sussex, I became light-headed with this sudden joy. The train seemed to rush to its adorable destination through a world new-born in splendour, bathed in a beautiful element, fresh and clear as on the morning of Creation. Even the coloured photographs of South Coast watering-places in the railway carriage shone with the light of Paradise upon them. Brighton faced me; next to it divine Southsea beckoned; then I saw the beach at Sidmouth, the Tilly Whim caves near Swanage—was it in those unhaunted caves, or amid the tumult of life which hums about the Worthing bandstand, that I should find Bliss in its quintessence?

Or on the pier at St Peter Port, perhaps, in the Channel Islands, amid that crowd who watch in eternal ecstasy the ever-arriving never-disembarking Weymouth steamer?

The third book is "An Anarchist Women" by Hutchins Hapgood. I haven’t read anything but the foreword so far - but the very misused word anarchist caught my eye and I intend to read it later.
It is possible that in fifty years people now called "anarchists" will have in America as respectable a place as they now occupy in France. When we are more accustomed to social thought, we shall not regard those who radically differ from us, as mad dogs or malevolent idiots. We may, indeed, still look on them as mistaken, but what now seems to us their insanity or peculiar atrociousness will vanish with our growing understanding and experience. When we become less crude in civilisation, they will seem less crude to us. When, with growing culture, we see things more nearly as they are, the things we see, including the anarchists, will seem more sympathetic.
This book is not an attempt to justify any person or set of persons. It is not a political or economic pamphlet. It represents an effort to throw light on what may be called the temperament of revolt; by portraying the mental life of an individual, and incidentally of more than one individual, I have hoped to make more clear the natural history of the anarchist; to show under what conditions, in connection with what personal qualities, the anarchistic habit of mind arises, and to point out, suggestively, rather than explicitly, the nature, the value, and the tragic limitation of the social rebel.
787878

The books are:
"Aunt Jane of Kentucky" by Eliza Calvert Hall from 1898 with illustrations by Beulah Strong
"More Trivia" by Logan Pearsall Smith from 1920
"An Anarchist Women" by Hutchins Hapgood from 1909