Saturday by the fire

It was -5◦C this morning — so I built a fire and made myself comfortable in my blue chair (you can see part of it to the left). 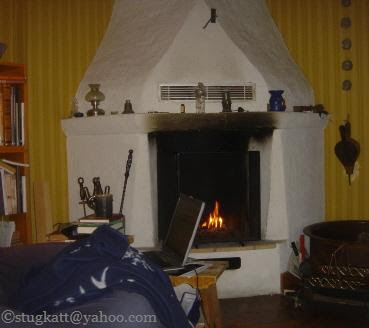 The most interesting find at Gutenberg was "The Cornwall Coast" from 1910 by Arthur L. Salmon. Since so many bloggers seem to live in the southwest corner of England I decided to take a look at the book. 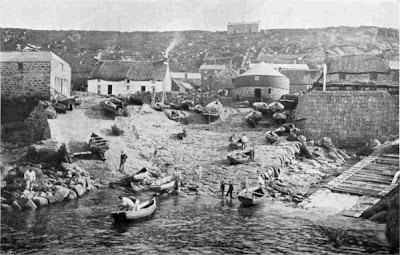 Sennen Cove
I've never been to this part of England and I doubt that I would recognize the places from the book's photos. So tomorrow I'll get my England map out and see if I can find the places mentioned in the book.
Kim, I've mailed you several times but all mails bounce. As Deb and Lynne also asked about baking bread I thought I answer you all here although the questions differed a bit.
No, I don't make quick bread very often as I prefer yeast unsweetened bread. Usually when we talk about bread (bröd) here we mean yeast bread for making sandwiches. Coffee bread (kaffebröd) includes sweetened bread, usually made of wheat flour, cookies (småkakor) and what we call soft cakes (mjuka kakor) which includes bars, coffeecakes, pound cakes and that kind of bread. I seldom make coffee bread for many reasons, which I won’t become absorbed in here — just, let me say that I consider it unhealthy and unnecessary.
So back to the "real" bread — I make hard bread sometimes but not very often. It isn't difficult but it takes a lot of rolling and there are things I like better than spending an afternoon rolling out bread.
We eat more bread meals in Scandinavia than in many other countries. We set the table with bread, soft and hard, butter, cheese, marmalade, lettuce, cucumber, tomatoes and whatever you like to put on your sandwich (smörgås — which is an open sandwich). I'm a vegetarian so I stop there — non-vegetarians add different meats as well. Everybody makes his own sandwich, drink tea or coffee and solve all the worlds’ problems while having a good time.
Of course this differ from home to home — I write about it as Kim asked. I've had similar meals on the continent so I don't claim that Scandinavia have the sole right to this kind of meals.
I think that answer most of the questions — if not I'll continue another day.
Good night, I'll do as my darling now. 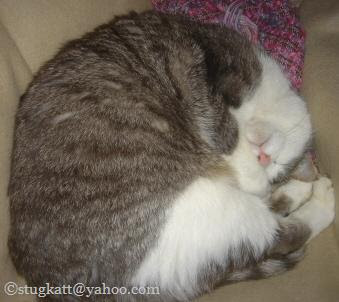