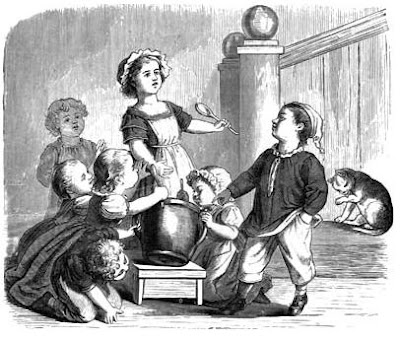 From Child-Land, by Oscar Pletsch and M. Rictor
0
MAKING JAM.
Mama has been boiling some fruit to make jam for the winter, and given the children a large pan which has been used to make it. They are busy getting out every morsel of the syrup, for it is so nice and sweet.
0
Went to the studio to mow the lawn today. It usually takes about an hour but today I had to remove all the apples before I could start mowing 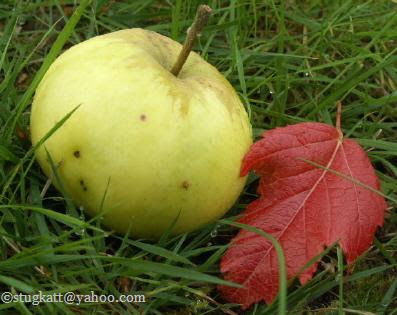 It was a bit of a surprise, I've owned my studio for 22 years and one of the apple trees that has not produced one single apple in all years all of a sudden is weighed down with fruit this year, and there were plenty of windfalls to gather. I also noticed that there were lots of red currants left on the bushes — I haven't had time to pick them and thought that the birds would have had a feast — so I spent some time picking some of them. I also picked some of the mahonia. 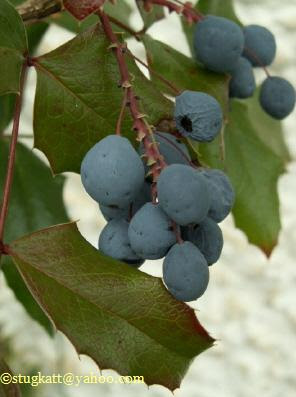 I've made jam of the berries and some of the apples are drying on the trays in the dehydrator now. I'll try to slice more apples tomorrow but I'm afraid I have to donate some of them to the deer. 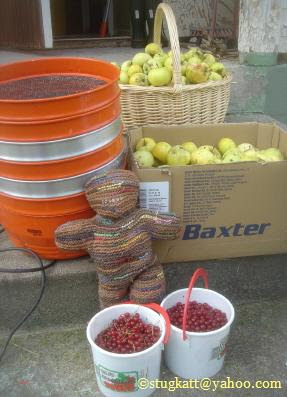 In the studio I found a teddy bear I knitted some years ago but never finished so I brought it home in case I’d find myself idle. 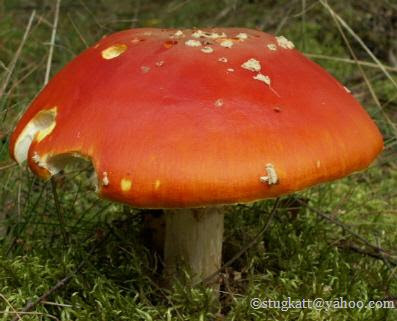 This is the toadstool that yesterday looked like a ball.