To garden or not to garden

The formal garden, with its insistence
on strong bounding lines, is, strictly
speaking, the only "garden" possible.
..... .—R. F. Blomfield 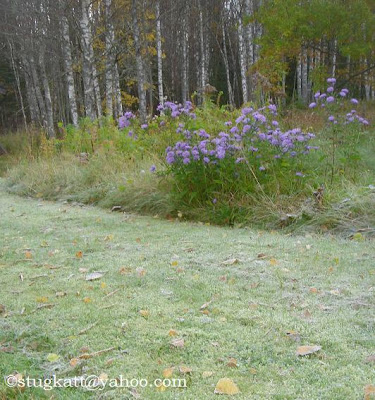 We've had our first frost with -2°C, but I haven't been out yet, to see what might have survived. The pictures are from yesterday, when the we woke to a cold morning, but no real frost. 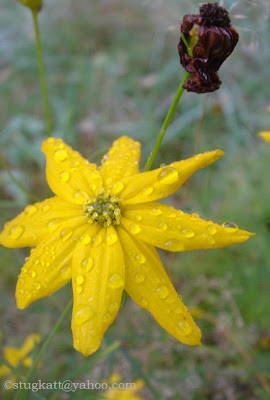 The axiom on which landscape gardening rests is declared by Messrs. Blomfield and Thomas to be
Whatever Nature does is right; therefore let us go and copy her (p. 5). 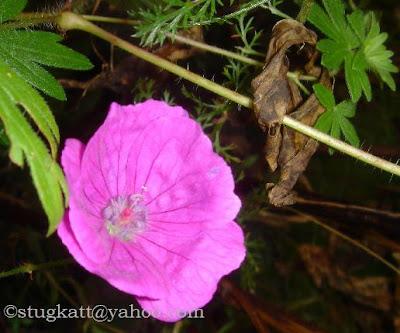 The horticulturist and the gardener are indispensable, but they should work under control, and they stand in the same relation to the designer as the artist's colourman does to the painter, or, perhaps it would be fairer to say, as the builder and his workmen stand to the architect. 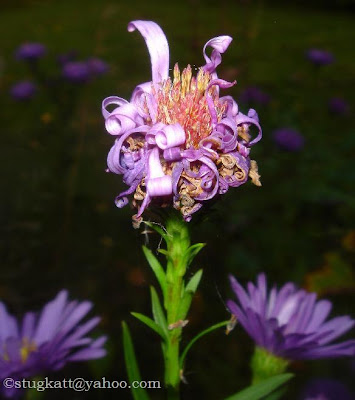 The remarks quoted below on Nature and the clipping shears are not from Josh Billings, but from The Formal Garden, of which the literary merit, we are told in the preface, belongs to Mr. Blomfield.

A clipped Yew tree is as much a part of Nature—that is, subject to natural laws—as a forest Oak; but the landscapist, by appealing to associations which surround the personification of Nature, holds up the clipped Yew tree to obloquy as something against Nature. So far as that goes, it is no more unnatural to clip a Yew tree than to cut Grass.

"An unerring perception told the Greeks that the beautiful must also be the true, and recalled them back into the way. As in conduct they insisted on an energy which was rational, so in art and in literature they required of beauty that it, too, should be before all things rational."—Professor Butcher, in Some Aspects of the Greek Genius. 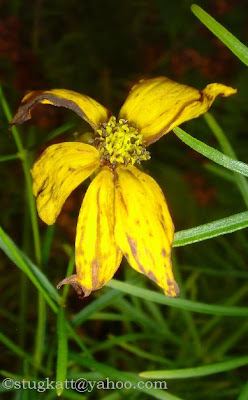 As always on Saturdays I spent a good part of yesterday with Gutenberg. Today, after seeing my photos, I can't resist to show you what a garden might look like — if you're bank account is more substantial than mine, and you have a gardener with a cadre of workers.

The book "Garden Design and Architects' Gardens" is from 1892 and written by W. Robinson m. Under the title it says:

"Two reviews, illustrated, to show, by actual examples from British gardens, that clipping and aligning trees to make them 'harmonise' with architecture is barbarous, needless, and inartistic."

Exactly what I think, even if I don't think the person who said so, had my kind of neglected garden, in mind. 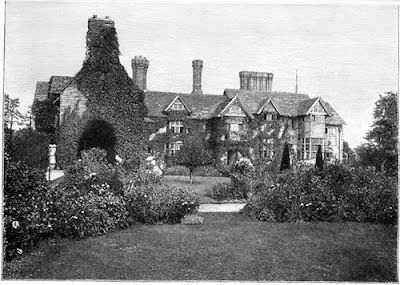 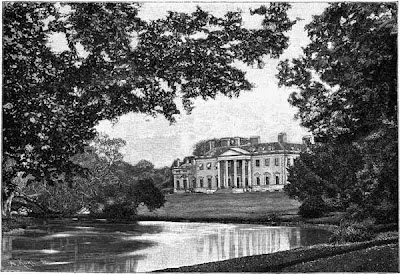 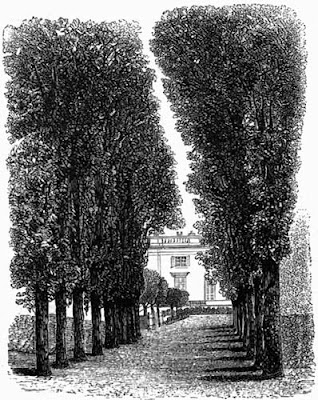