The Christmas Surprise at Enderly Road 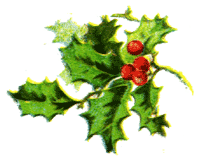